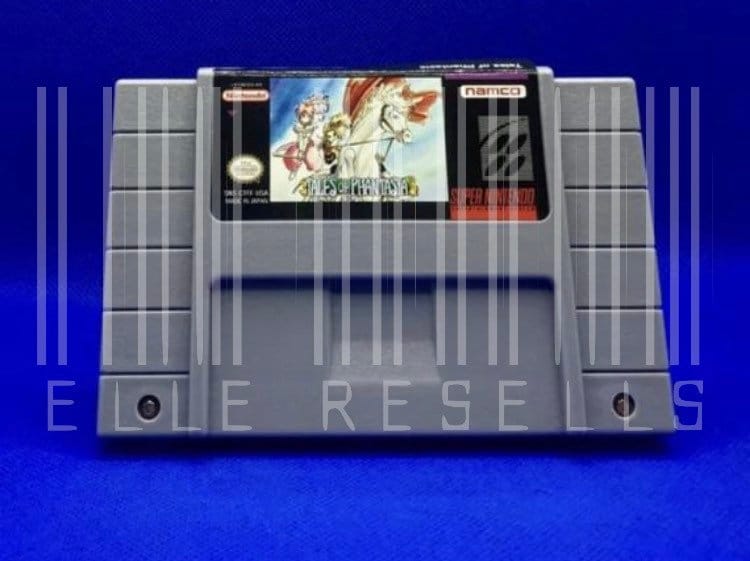 Tales of Phantasia for SNES

Tales of Phantasia begins by showing a heroic battle between four unknown warriors against an evil sorcerer, Dhaos, the outcome of which changed the fate of the world. The warriors are victorious, but Dhaos escapes through time. However, four different heroes await him: they seal the weakened Dhaos away by using the power of two pendants, thus returning peace to the world.

In the town of Toltus ten years after Dhaos was sealed away, there lives a young swordsman named Cress Albane and his best friend Chester Burklight. The town is destroyed by a dark knight named Mars Uldole and his soldiers while Cress and Chester are out hunting in the forest. Every villager is killed in the attack, including Ami Burklight, Chester’s sister, and both of Cress’s parents. While Chester mourns, Cress vows for revenge. He decides he will head to the town of Euclid, as his mother asked of him before she passed away. The two friends decide they will meet up later in Euclid. Upon his arrival in Euclid, Cress is soon betrayed by his uncle and is thrown in jail, captured by Mars. The heirloom pendant entrusted to Cress by his father, Miguel Albane, is taken away from him, but Cress does not know of its significance in holding Dhaos sealed, nor that his father was one of the four who sealed him away.

Glad to play this one.